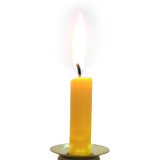 ChristKindl-Markt has a Large German Pyramid for you. Offering the largest selection of Large German Christmas Pyramids online, there is sure to be a perfect one for your Holiday decorating. Large German Pyramid Candle Carousels refer to both the height of they German Pyramid, and also the overall presence that it commands. Some of the Candle Carousels you see in this section are not as tall as others, but they have a larger table top measurement. The German wooden figurines that make up the scenes are numerous and highly detailed. As a general rule, the German Nativity Pyramids that have several tiers have a separate chapter of the Christmas story to tell on each tier.