Why are Angels part of the Christmas Celebration

Why are Angels part of the Christmas Celebration 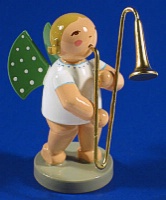 Why angels are part of the Christmas celebration is not always clear for Christians. They are always a part of the scenes at Christmas but with the focus on Jesus, their participation is many times overlooked. This is because they are the supporting cast to this blessed event of Jesus Christ’s birth.

This is one of the reason why the Wendt & Kuhn Angels were created the way they were. The Angels of God are his messengers to the people of earth. They make his announcements and help guide the people to what God wants them to see.

The first of the Wendt & Kuhn Angels represent the way God used his Angels. There were the trumpets blowing Angels that announce the birth of Jesus Christ our Lord to the world. There was also the Heavenly orchestra that played the music about this glorious time in praise of God.

The Wendt & Kuhn Angels had the entire heavenly orchestra recreated so you can have them on display in your home during this special time of the year. They even have a tiered stadium on which to be displayed so all of them can be seen. 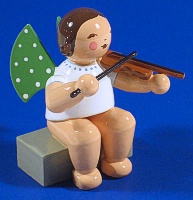 There are other Angels involved that helped to explain to the shepherds and Wiseman of just what occurred. They helped to guide them to the manger where Jesus was resting amongst the other animals that God created.

The Bible also states there is a hierarchy of Angels with the Archangel being Saint Michael, along with Seraphim’s and Cherubim’s near the top. The Wendt & Kuhn Angels do not try to distinguish these particular Angels alone except that there are several cupids in the selection available. They leave the mystery of the Angels to your beliefs. 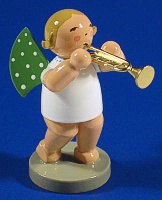 What the Wendt & Kuhn Angels have taken from the Bible along with the orchestra member is the symbolic wings. The wings are supposed to represent purity, virtue, love and peace. This was how the triangular green wings with eleven dots came into being. This is the closest humanly made way of doing them. They are simple and consistent throughout time.